Featured in The Village Newspaper

Featured on the Villagerpublishing.com website – The last two decades have gone quickly for Brian Hart.

â€śEveryday I try to think like this is my first day in business,â€ť he said. â€śI donâ€™t ever want to lose that passion. Thank goodness weâ€™ve been staying busy. I donâ€™t ever take it for granted.â€ť

This month, Hart celebrates the 20th anniversary of Frame de Art, but he says it seems more like 10 years since he opened his first framing store near Denver University. In 2006, the business relocated to 3065 S. Broadway in Englewood and has since become a fixture in south metro business circles. 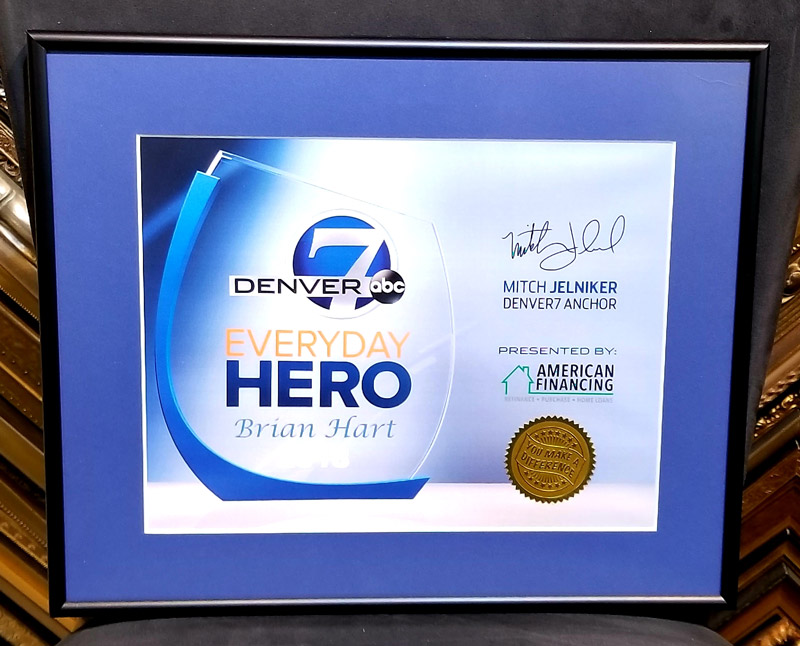 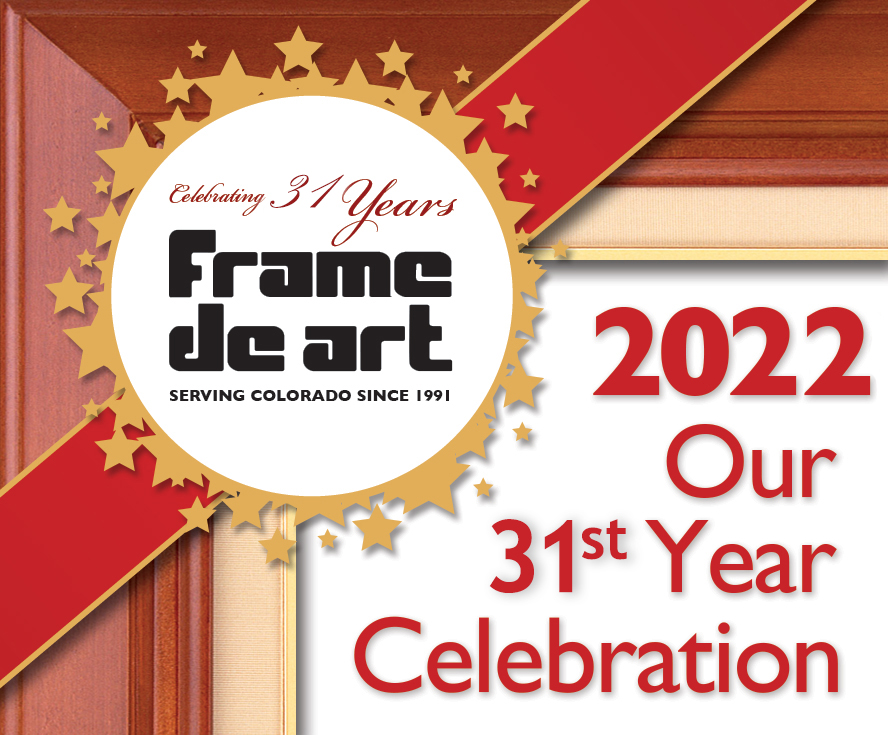 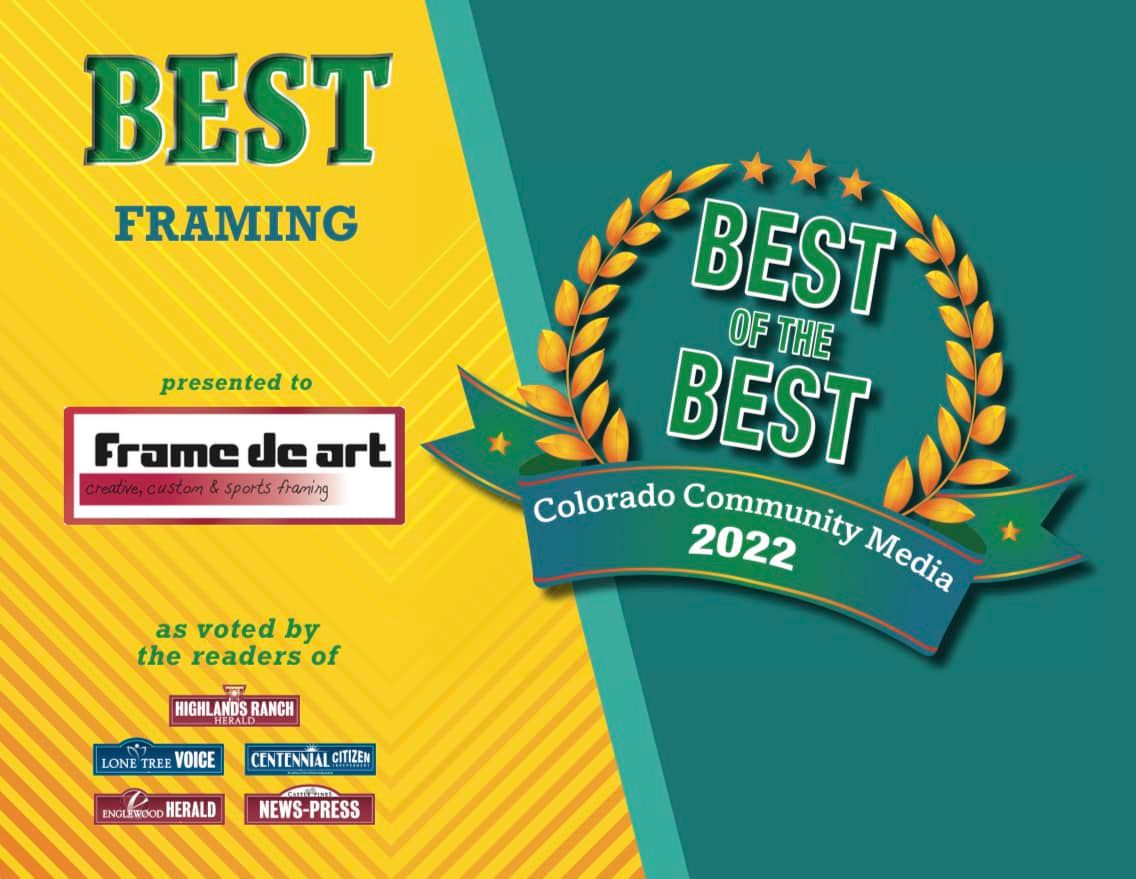 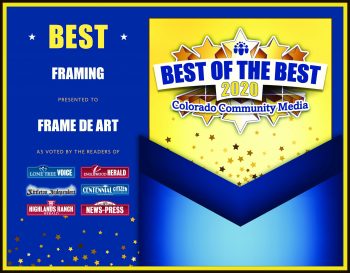 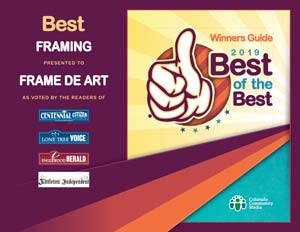 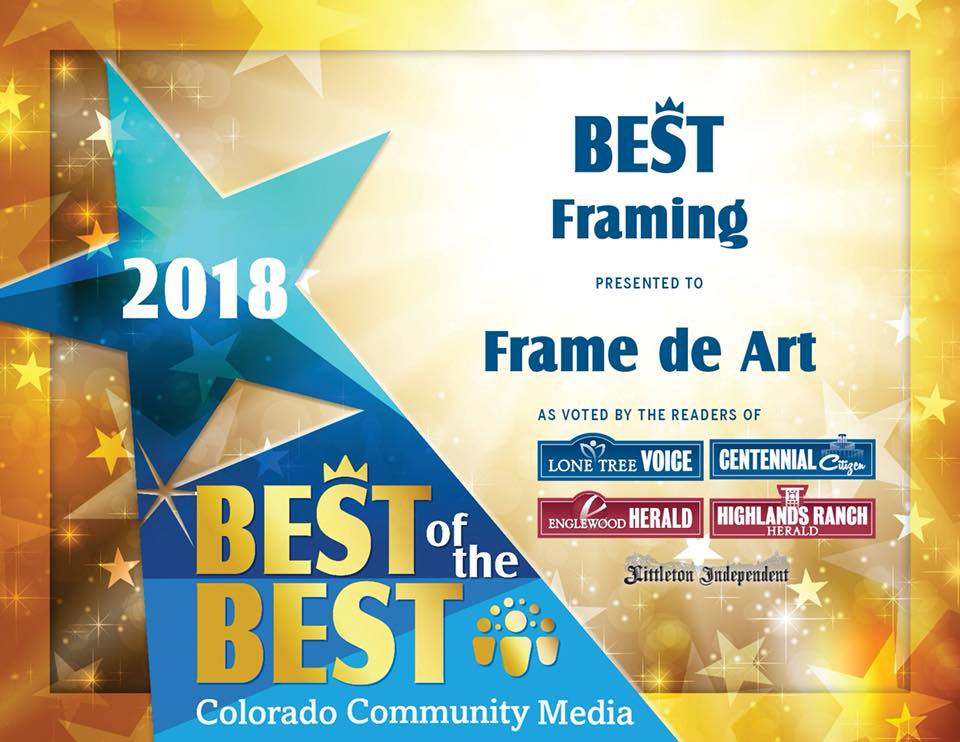 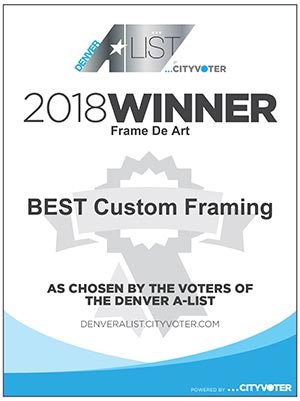 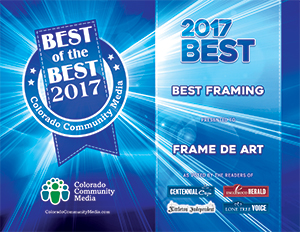